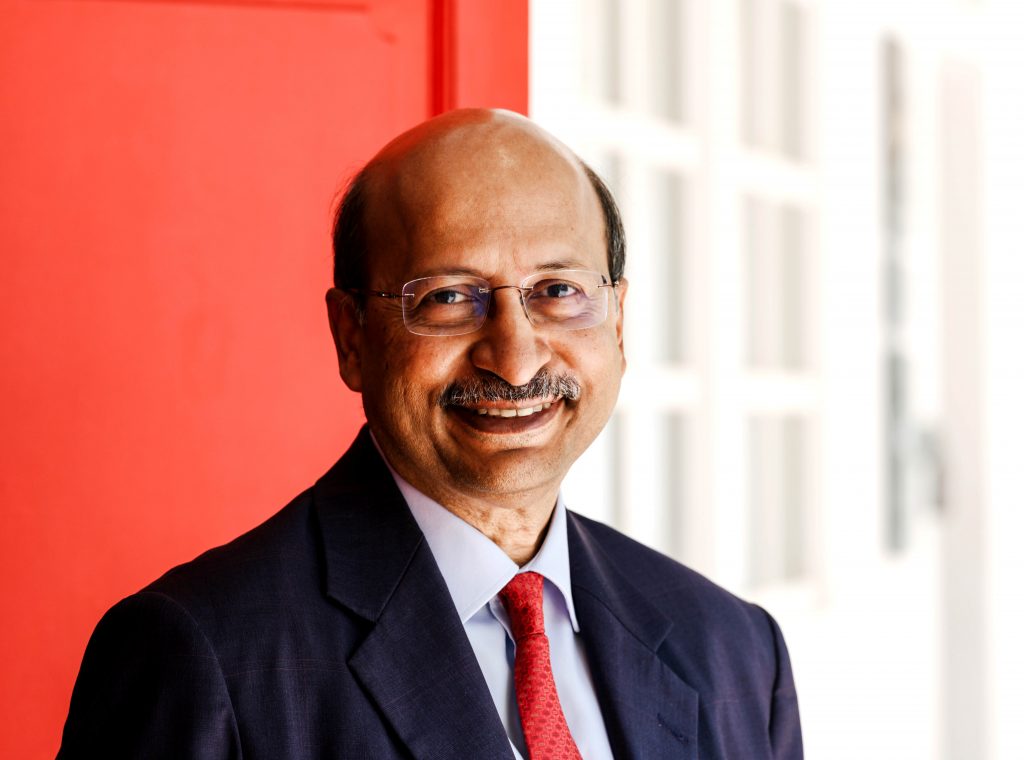 VK graduated from the National University of Singapore with several prizes for academic merit and obtained an LLM (First Class) from the University of Cambridge.

VK commenced his legal career with Rajah & Tann, serving as Managing Partner from 1987 to 2003. In 1997, he was appointed Senior Counsel in the pioneer batch of appointments in Singapore. In private practice prior to his appointment to the Bench, VK was involved in several SIAC, AAA, ICC and ad hoc arbitrations, both as counsel and as arbitrator.

After a stint as Judicial Commissioner of the Supreme Court of Singapore from 2004, VK was appointed a Judge later that year and elevated to Judge of Appeal in 2007.

On the Bench, he authored more than 200 reported judgments within a decade. Some of these have been reported in their entirety in international law reports including the Law Reports of the Commonwealth, All England Law Reports (Commercial), Lloyd’s Law Reports and the Building Law Reports. His judgements in diverse areas of law have been and continue to be cited by Courts in several common law jurisdictions, including the United Kingdom, Australia, India, Malaysia and Hong Kong. His decisions have also been featured and cited in leading common law legal treatises and journals.

In 2014 VK left the Bench to assume office as the Attorney-General of Singapore. He declined re-appointment in 2017 and retired from public service that year.

In 2014, the Honorable Society of the Middle Temple (United Kingdom) appointed him an Honorary Bencher, and in 2017 the Singapore Management University conferred on him the status of Honorary Fellow.

VK has currently chosen to work exclusively as an international arbitrator. He has substantial experience as Chair and as a Panel Arbitrator in a number of significant arbitrations including both institutional and ad hoc arbitrations.

The total quantum of the amounts disputed in arbitration proceedings heard to date amount to several billions of US dollars.

62 … Against the background that The Evangelismos had previously been authoritatively approved in that jurisdiction, the Singapore Court of Appeal has more recently given detailed consideration to the question of damages for wrongful arrest in The Vasiliy Golovnin [2008] SGCA 39; [2008] 4 SLR(R) 994, esp., at [113] and following, in the judgment of the Court delivered by Rajah JA. This is a most valuable judgment, both for its depth of analysis and the width of its comparative law survey. That, on the facts, The Evangelismos test was in any event held to be satisfied, does not at all detract from the helpfulness of the judgment.

69 … In the event, Rajah JA’s conclusion is of great interest: a reconsideration of The Evangelismos was open to the court but on a properly informed basis, with the benefit of views from the maritime community.

VK authored a number of appellate judgments on international arbitration related matters. His judgments continue to be frequently cited by common law courts and in legal treatises. They include:

VK was also part of the quorum on other leading cases on international arbitration. These cases include:

In private practice prior to his appointment to the Bench, VK was involved in several SIAC, AAA, ICC and ad hoc arbitrations, both as counsel and as arbitrator.

Since returning to private practice in 2017, VK has presided as Chair or sat as a Panel Arbitrator in a substantial number of significant arbitrations which include both institutional and ad hoc arbitrations. Parties have included Governments, Government-owned or linked entities, multinational companies, statutory entities and major international commercial businesses. The subject matter of these arbitrations include disputes about inward foreign investments, technology transfers, intellectual property rights, energy and power, telecommunications, distribution rights, banking, securities, insurance, joint ventures and general commercial matters.

Global Arbitration Review has included him in its 2021 edition of Who’s Who Legal: Arbitration – a guide to the world’s leading commercial arbitrators.

In a Valedictory Letter dated 14 January 2017 addressed to him on his retirement as Attorney- General of Singapore, Prime Minister Lee Hsien Loong thanked VK for his outstanding contributions to Singapore over the previous 13 years, and said:

You left a mark during your decade on the Supreme Court Bench, contributing prolifically to Singapore’s jurisprudence. Many of your judgments have shaped the development of Singapore law.

Beyond the courtroom, you helmed committees which have enhanced the administration of justice and the vibrancy of our legal profession.

In every appointment, you have carried out your duties with dynamism and commitment. You have improved our legal system, and made a difference to future generations of lawyers.

Last year, when I asked you to continue as Attorney-General beyond the current term, you told me that you had decided to retire from public service and pursue a more active role in the arbitration sector. I respect your decision, and look forward to your contributing in this new capacity to promote Singapore as an international arbitration hub.

In a tribute at the Opening of Legal Year 2017, the Chief Justice of Singapore, Sundaresh Menon stated :

For more than 2 decades, [you] were a much admired and respected advocate. [You] were one of the inaugural batch of Senior Counsel appointed in 1997. We practised together from 1995 to 2003 and during that time, I had the opportunity to see [you] at close quarters not only as a great litigator, but also as an innovative thinker about the law, a very successful managing partner… . … As a practitioner, [you] never lost sight of the ideal that the law is ultimately a public good to be employed to advance humanity.

[Your] jurisprudence has reached most areas of the law. From constitutional law to intellectual property, contract to evidence, equity to procedure, arbitration to insolvency, [you] have authored decisions that have influenced judges, lawyers and academics here and abroad. … [You] have devoted yourself tirelessly to advancing the interests of justice throughout [your] career. There can be no higher calling for a lawyer; and you have discharged it with great distinction.